What do you know about MOOBS!?

I saw a couple interesting comments on moobs (man boobs) on mX the other day (6th August, Talk) . They made me think of what was said in the lecture; what does a lay person think about science? There are many misconceptions and ‘strange’ beliefs out there that strike me, and made me think twice. Where do they get their ideas from? Do people really believe whatever they see and hear on the media? Are they able to distinguish the myths from the facts?

This is one of the comments on moobs by Noloveforsoy in response to a previous comment about moobs: “It’s not the chicken that causes man boobs, it’s soy. Soy is hidden in most packaged food, it is high in estrogen [oestrogen], which is a female hormone. Google it.”

The second one is from Stop drinking, better chest: “It’s more likely young males have been getting their man boobs from drinking too much alcohol which causes an increase in estrogen [oestrogen].”

The picture below depicts what people typically think of when they talk about moobs. 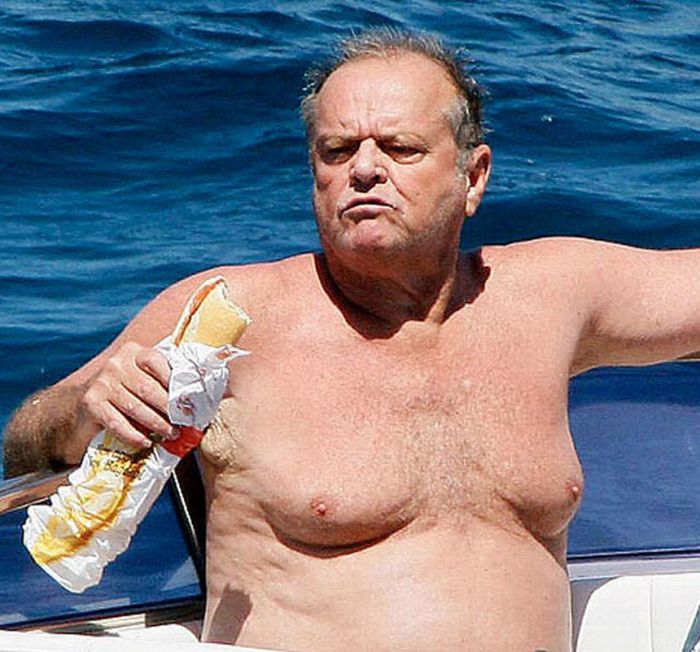 However, unhealthy diet  and being overweight are only part of the story because many skinny men have moobs, too. In the latter case, moobs is caused by a medical condition called gynecomastia. Gynecomastia is resulted from the imbalance of testosterone and oestrogen in the body, where high oestrogen level causes the development of fatty tissues in the chest area. The causes of gynecomastia can be very complex. For example, it could be the medications that the person is taking or if the person is suffering from testicular tumour.

Despite the unhealthy diet, beer, as mentioned before could enhance the chest size of men. One of the main ingredients in beer, hops, have high oestrogenic activities, and could potentially alter one’s hormone levels. Not only that, hop plants could also disturb the menstrual cycle of a female, too.

Just to clarify the last point, soybeans do not have oestrogen! Soybeans are high in protein, soybean oil and many important vitamins. They are a great substitute for meat, especially if you are a vegetarian or vegan. Soybean does, however, have a compound, similar to mammalian oestrogen, called isoﬂavones, which could initiate oestrogenic effects. However, whether soybean can cause moobs is still questionable.

To all the male beer drinkers out there, if you are finding your chest area is getting bigger and not sure why, beware! You probably do not want to share bras with your female friends.

P.S. I think Jack Nicholson is still an awesome actor!

7 Responses to “What do you know about MOOBS!?”