Pigeons as a tool to detect cancer tissue in humans

Pigeons?? As in the grey street pigeons you see wandering around the city streets? Yes, you heard that right!

Cancer is one of the deadliest causes of death worldwide. It is not only difficult to treat, but also difficult to diagnose. Different types of cancers and tumors are screened differently. Some are easy to detect, such as gastrointestinal tumors; while some are very challenging such as tumors in the lungs. With the advanced technology we have now, diagnosis of cancer cells in humans has been way better than it was a decade ago. However, how can we improve this further?

Some of us might be familiar with the topic of animals being able to detect certain things. For example, dogs are known for their sense of smell and can detect various things from diseases to earthquakes. Animals can act as a tool to help guide us towards diagnosing cancerous cells. One animal that researchers at the University of Iowa looked at was the pigeon. 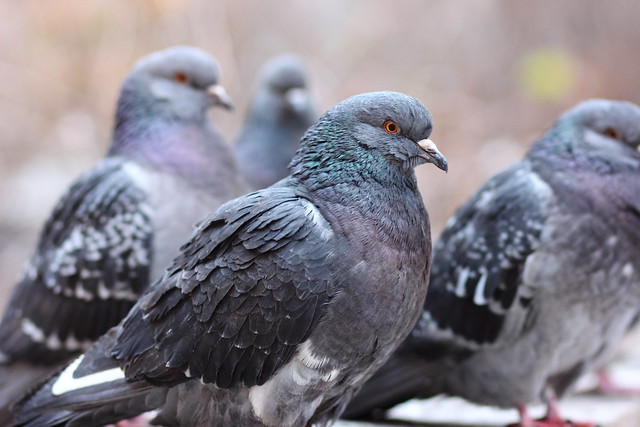 Pigeons are not necessarily known as the brightest animal on this planet. In fact, it’s brain is no bigger than the tip of our index finger! Despite the small brain size, studies have found out that pigeons have the ability to distinguish various facial expressions and the letters of the alphabet. We definitely underestimated their visual memory capacity! This intriguing fact made researchers wonder whether pigeons are able to distinguish normal vs cancerous tissues of the human body.

Being only published late last year, these results have opened a new window for medical professionals in the hope of improving screening and diagnosis for several different types of cancers. Researchers hope to use these results and translate them into the clinical setting.

Further studies are required to follow up on this discovery. It is fascinating how an animal we see almost every day while walking in the streets has the capability to diagnose cancer!